In the face of major advancement with treating a variety of specific cancer diseases, it is increasingly a major cause of death in the United States.  Nearly 40 years have gone by since the signing of the National Cancer Act of 1971, by then U.S. President Richard Nixon, who set the official governmental start with the war on cancer.  As expected, the bureaucratic course of action toward finding a cure for cancer, then and now, includes research for more effective cancer treatments, such as targeted drug therapies.  The only winners in drug therapies are pharmaceutical firms who make serious profits.

President Barack Obama placed in his economic stimulus package $10 billion for new cancer research, promising to increase funding for cancer research to as he stated “to find a cure for cancer in our time.”  President Obama earmarked a significant part the funding to go toward research into the genetic causes of cancer and targeted cancer treatments.  Thus, the outcome for a cancer cure will be drug-based versus prevention-based solution as far as government support is concerned.

Unfortunately, the American cancer dilemma is now global and will likely double by 2020, which shows that a large amount of people are at-risk to lose the war on cancer.  The uncomplicated process with why so many people are losing this war involves the expectation that science will find a cure, instead of taking ownership and personal responsibility toward prevention.  Individually, we can all take a personal account to significantly decrease the cancer risk.

Health experts all state that the strongest link to cancer is a poor diet, physical inactivity, and carrying excess weight.  More specifically, vitamin D deficiency is a crucial factor in being at-risk for developing cancer.  Too many of us are working indoors, especially women, and are not getting safe amounts of sun exposure throughout the year.  Secondly, compelling evidence shows that exercise can slash the risk of cancer. Just look what it did for professional cyclist Lance Armstrong.

Above all, normalizing our personal insulin levels is one of the most powerful physical actions anyone can take toward lowering the risk of cancer.  High levels of insulin can cause major damage to the body, and too many people are learning about this after contracting and treating their type 2 diabetes disease.  Contracting type 2 diabetes stems from poor eating habits and a lack of control of eating processed sugars and fructose in excess.  Taking responsibility for insulin levels allows for it not being elevated in the beginning, thereby minimizing the cancer risk.  A number of other nutritional aspects truly help remove the at-risk factor of cancer, i.e., omega-3 fats, vegetables with anti-cancer properties, quality sleep, and even practicing more healthy emotions.

Dean L. Jones is a marketing strategist with the Southland Partnership Corporation, a public benefit organization.  He has published a series of consumer alert articles based on his view of barefaced mismanagement of food/beverage products.

Diet Sodas Add Weight Dean L. Jones, C.P.M. Quality living does not include arthritis, asthma, mental illness, obesity, hypertension, and/or diabetes.  Even though the mortality rate for cancer has decreased by 17% since 1950, the lung cancer death rate for women alone has risen more than 500% over the same period.  All the while, the […]

Sugar Alert – The U.S. Home Plate By Dean L. Jones, C.P.M. Yet another approach to eating well was announced this month by the United States Department of Agriculture (USDA).  The government explicitly recognizes that previous guidelines on healthy eating were flawed and the latest data shows a much more improved approached to suggesting how […] 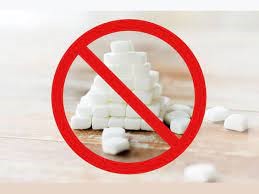 Sugar Alert – Allergy Evasion By Dean L. Jones, C.P.M. When taking a standard allergy test the amount of refined sugar consumed is not usually reviewed for allergic reactions.  Even though high glycemic foods are the main producers of the inflammatory response to various parts of the body, as it experiences excessive sugar intake it […]